To think about the future is to think about technology. It is, unavoidable, to speculate and to predict, to imagine how our lives might be affected by new tools, new methods, and new powers.

Predicting the Future (by Joe Hegarty)

To think about the future is to think about technology. It is, unavoidable, to speculate and to predict, to imagine how our lives might be affected by new tools, new methods, and new powers.

Most arguments about the future are therefore really arguments about the technology. These give voice to different sorts of expectations and visions about progress and change, and to different sorts of intuitions about the fundamental character of human life. The particular future being debated is often secondary to these larger much-disputed themes, and the public debate is shaped by different ways of imagining the future, at least as much as, by the specific technical potential of a new device or technique.

This has certainly been the case in the most prominent set of arguments about technology in many countries today — arguments about human biotechnology. For the last two decades, and especially since the late 1990s, the future of these biotechnologies has been a hot political issue in many countries.  Novel prospects for manipulating nascent human life, enhancing physical or mental powers, reshaping the life cycle, or otherwise exercising unprecedented control over our biological selves have increasingly been fodder for public argument. Advocates and critics of these emerging powers tend to agree about one thing: biotechnology will play a critical role in shaping the future of humanity. This carries challenges for those engaged in culinary, gastronomy and hospitality.

But how we conceive of that role has a great deal to do with how we think of the future more generally. At issue are not exactly different sets of predictions. At the extremes, each side in the biotechnology debates may indeed have some specific image of the future in mind, whether of a post-human techno-utopia or of some static nostalgic ideal.

Predictions of a positive future may be well off the mark, given the current destruction of the planet. One of the questions that will drive the future Is:

How can a highly evolved species such as ours with its natural instinct for happiness and hope stop doing some of the things we currently do, and turn the tide to create a better future?

To envision the future in terms of innovation means, most fundamentally, to imagine change in terms of new ideas, and to think of life as an array of individual experiments and choices. It is to ask how we might best encourage innovation, how we might allow the best innovations to flourish (and the worst to be rejected), and how new ideas are allowed to thrive to improve human life. This may be the more familiar and — to us liberal, forward-thinking EuroCHRIE members — the more obvious approach to thinking about our future. For better or worse, the future will be shaped by the innovations and advances of the present: by what we develop, what we build, what we learn, what we discover, what we try and test and deem worthwhile.

Progress, in this sense, is made possible by improvements in our knowledge and understanding, our abilities, our circumstances, our institutions, our technology, and our control over nature and chance. There is of course always a danger that we may misuse our newfound powers, or even that they might corrupt us; but there are also reasons to believe that we will learn to use them responsibly in reply to the question above, and that they will enhance our lives and improve our world. Armed with a sense of the potential pitfalls, we stand a reasonably good chance of using our new technologies for the better. 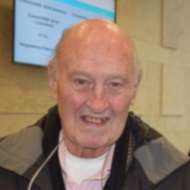 It all sounds very exciting but could it have been predicted in 1999/2000? Does the inquiry into what the future holds have any real meaning? It has, provided we bear our own limitations well in mind. It is precisely in times of vehement historical upheaval, when all the past seems to dissolve and completely new things seem to emerge, that humans need to reflect upon history, which enables them to see the unreal exaggeration of the moment in the right perspective and integrates them again into a happening that never repeats itself but, on the other hand, never loses its unity and its context. You might say: “Have we heard correctly; reflection upon history? That means looking back into the past, and we were expecting a glimpse into the future.” You have heard correctly; but I maintain that reflection upon history, properly understood, embraces both looking back into the past and, with that as the starting point, reflecting on the possibilities and tasks of the future, which can only become clear if we survey a fairly long stretch of the road and do not naively shut ourselves up in the present. Looking back into the past does not yield a prediction of the future, but it limits our illusion [of our] complete uniqueness and shows us that while exactly the same did not happen before, something very similar did. The dissimilarity between then and now is the reason for the uncertainty of our statements and for the newness of our tasks; the similarity is the basis for orientation and correction.

But for the most part neither side pretends to know exactly what is coming, and both recognise that the future will not yield any one permanent or stable state but a dynamic and constantly evolving experiment in human living — just like the past and the present. Rather than specific competing predictions of the future, at issue in these controversies are different ways of imagining the future in general, and different ways of thinking about some large and basic questions: What is the future? How do we get there? Who lives there? What matters most about it? The only certainty is that it is coming.