At your service: an interactionist perspective on personality and service climate in relation to service adaptive behavior

Service has become an inherent part of what organizations in virtually any industry offer (Florida, 2003).

Services are characterized by their intangible, inseparable, and heterogeneous attributes and customers consume and evaluate services immediately in the presence of hospitality/service employees. As customers increasingly expect tailored individual service, service adaptive behavior is becoming the standard in delivering customer service (Gwinner, Bitner, Brown & Kumar, 2005). Because the attitudes and behaviors employees exhibit can influence customers’ service quality perception, hospitality employees play a crucial role in the service delivery process (Teng & Barrows, 2009). Kusluvan (2003) indicates that hospitality service quality may vary dependent on an employee’s psychological state, personality, attitudes and behaviors, the customer receiving the service, and the presence of other customers.

Recently, researchers have focused on employee personality as a predictor of employee job performance (Barrick & Mount, 2005; Mechinda & Patterson, 2011). However, personality traits only partially explain variance in job performance  (Liao & Chuang, 2004) and several researchers have focused on situational factors in addition to personality that may affect service performance in the hospitality industry (Mechinda & Patterson, 2011), such as an organization’s service climate (Mechinda and Patterson, 2011; Schneider & Bowen, 2014). It can be argued that a service climate would encourage service behaviors and thus affect customer service delivery.

In this paper, we aim to contribute to the literature in several ways. First, relatively little is known about what personality traits in particular lead to good service performance and more specifically lead to service adaptive behavior. Second, we aim to shed light on how service climate may interact with this relationship. Finally, we aim to contribute to the ‘person-situation’ debate on determinants of behavior (Funder, 2006; Judge & Kristof-Brown, 2004).

Over the last decades, researchers have proposed several models to explain individual behavior, including trait, situational and later on the interactional model (Judge & Kristof-Brown, 2004). Trait theorists argued that personality traits are the main determinant of behavior. Situational theorists, on the other hand, argued that environmental factors are the main determinant of an individual’s behavior (Judge & Kristof-Brown, 2004). Later on in the debate, it was suggested that behavior was influenced by an interaction between both personal and situational factors (Funder, 2006). In this interactionism perspective, it was contended that both person and situational factors determine an individual’s behavior (Judge & Kristof-Brown, 2004). Interactionism asserts that individuals change their behavior dependent on their perceptions of the situation (Hanges, Schneider & Niles, 1990). In this study, this interactionist perspective will be taken to explain hospitality employees’ exhibition of hospitable behavior, more specifically the adaptive behaviors of service employees in order to satisfy hotel guests.

Although authentic employee behavior has been considered essential for the creation of guest satisfaction, researchers (Gwinner et al., 2005; Bettencourt & Gwinner, 1996) most recently have been focusing on the concept of service employee adaptable behavior, which they defined as “the deliberate modification of the service-offering and/or the employee’s interpersonal behavior in a situationally appropriate manner in response to meeting perceived customer needs” (Gwinner et al., 2005: 135). Service-offering adaptation thus concerns the tailoring of the service attributes to customers’ needs (Bettencourt & Gwinner, 1996).

Personality is defined as “the characteristics of the person that account for consistent patterns of feeling, thinking and behaving” (Kusluvan, Kusluvan, Ilhan & Buyruk, 2010: 174). Commonly, personality is conceptualized through the Big Five Personality Traits (Costa & McCrae, 1992). Although results were somewhat mixed in the past (Rollinson & Broadfield, 2002), more recent studies using the Big Five have more consistently demonstrated that personality predicts job performance (Barrick & Mount, 2005).

In this study, we focus on the role of Conscientiousness and Extraversion in relation to service adaptive behavior: Barrick & Mount (2005) argue that personality constructs can be studied separately to assess validity of each construct in predicting components of performance, in our case service adaptive behavior.  The extraversion dimension includes traits such as being sociable, talkative, assertive, active and gregarious (McKenna, 2012). Liao & Chuang (2004) argue that the extraversion is particularly relevant for jobs that require customer interaction and thus could a relevant predictor of service adaptive behavior. Furthermore, Conscientiousness is usually associated with high levels of accomplishment and work ethic.  Consientiousness is considered an important trait for an employee’s work motivation, and may be particularly relevant for the service context as the interaction with guests may benefit from a reference to an employee’s work ethic. Indeed, Coston & Barrash (2006) find conscientiousness to be an important determinant of positive customer service behavior. Therefore, we hypothesize:

Although personality is seen as an important determinant of behavior, McKenna (2012) points out that similar situations can produce different responses in different individuals. Rollinson and Broadfield (2002) argue that in strong situations individuals receive discernable cues what behaviors are appropriate, whereas in weak situations only ambiguous cues regarding appropriate behaviors are available.

A variable that may provide such cues is service climate, commonly defined as the shared perceptions of employees regarding policies, practices and procedures that specify and support employee service behaviors (Bowen & Schneider, 2014). Liao and Chuang (2004) suggest that when an organization promotes a climate for service, employees understand that delivery of superior customer service is expected and are likely to adapt their behavior accordingly, supporting the interactionist approach proposed in this paper. This was further corroborated by findings of Chen and Kao (2014) that support a moderating effect of service climate on the relationship between personality and employee service performance. Therefore, we hypothesize:

H2: Service climate will moderate the relation between employees’ extraversion and conscientiousness traits and their service adaptive behavior.

This study, which was part of a larger (multi-method, multi-level) project aiming to identify traits and attitudinal variables that may benefit successful recruitment when hiring for hospitableness, is based on data from a cross-sectional sample of hospitality employees (N=95), namely reception staff at mostly boutique hotels (n=47). The average age of respondents was approximately 28 years with an average work experience of 9 years. 81% of the sample was female. These numbers are fairly representative of overall staff demographics in this population.

Service adaptive behavior was based on Gwinner et al’s (2005) measure (α=0.80). Personality was measured using the NEO-FFI (Costa & McCrae, 1992). Extraversion (α=0.94) and Conscientiousness (α=0.99) were both considered valid measures. Finally, Service Climate was measured using the Global Service Climate Scale (α=0.91) developed by Schneider, White and Paul (1998). All factors were found to be stable and reliable in factor analysis.

Service Climate was subsequently transformed into a dummy variable (weak vs. strong climate; Rollinson & Broadfield, 2012). Furthermore, independent and moderator variables were mean-centred for interaction testing. Control variables (gender, age, education and work experience) were initially entered into the regression analysis, but removed as none had significant effects on the outcome variable.

This paper aimed to test two main hypotheses regarding the role of personality traits, and their interaction with the situation, in predicting service adaptive behavior. Our findings support the role of conscientiousness and extraversion in predicting service adaptive behavior, in line with results found by Barrick and Mount (2005). Furthermore, findings suggest that service climate has no direct effect on service adaptive behavior, but offer partial support for an interaction effect. More specifically, no moderation effect was found for Consciousness. This would make some sense: if employees have high standards and work ethic, a set of rules for service interactions will not have strong additional effects for service adaptive behavior. Moreover, interestingly, our findings indicate a negative interaction effect for extraversion and service climate. Although this would seem counterintuitive given earlier findings by Schneider et al. (1998), it may make some sense in the specific context that the research took place. Most of the data were collected in small boutique hotels that put great value on authentic, individualized and personal interactions with guest. Specific service policies could induce scripted policy-driven behaviors and could in fact hamper extraverted employees who would want to create personalized interactions with their guests.

Perhaps the most striking finding of this paper is the negative interaction between extraversion, a commonly sought trait in hospitality staff, and service climate. This calls for further research into the topic as it raises the question how service climate affects service behavior that focuses on increasingly individualized guest needs. Further research could follow several avenues: explore the impact of related variables such as authenticity, and proactive personality to corroborate or refute our findings. Moreover, it calls into question if the current distinction between weak and strong service climates is sufficient, and should perhaps be operationalized in a more multi-dimensional manner. This is for example the case in the broader organizational climate literature, which distinguishes weak/strong and low/high climates, whereby low/high indicates the service/product quality level that is agreed upon.

This study has several limitations. First, findings are based on a relatively small cross-sectional sample. Therefore causality cannot be fully assumed. Futhermore, all data were collected single source, increasing the risk of common method bias.

This study offers a new perspective on the interaction between individual and situational variables in the service delivery process. As current findings indicate that an organization’s service climate may have relatively little effect on service adaptive behavior, the importance of selection for service positions is increased.

Moreover, organizations should perhaps reconsider the use of overly strong policies to guide employees in their service behavior in times where guest increasingly expect customized and personal service.

Bettencourt, L. A., & Gwinner, K. (1996). Customization of the service experience: the role of the frontline employee. International Journal of Service Industry Management, 7(2), 3-20. 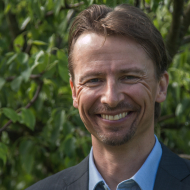