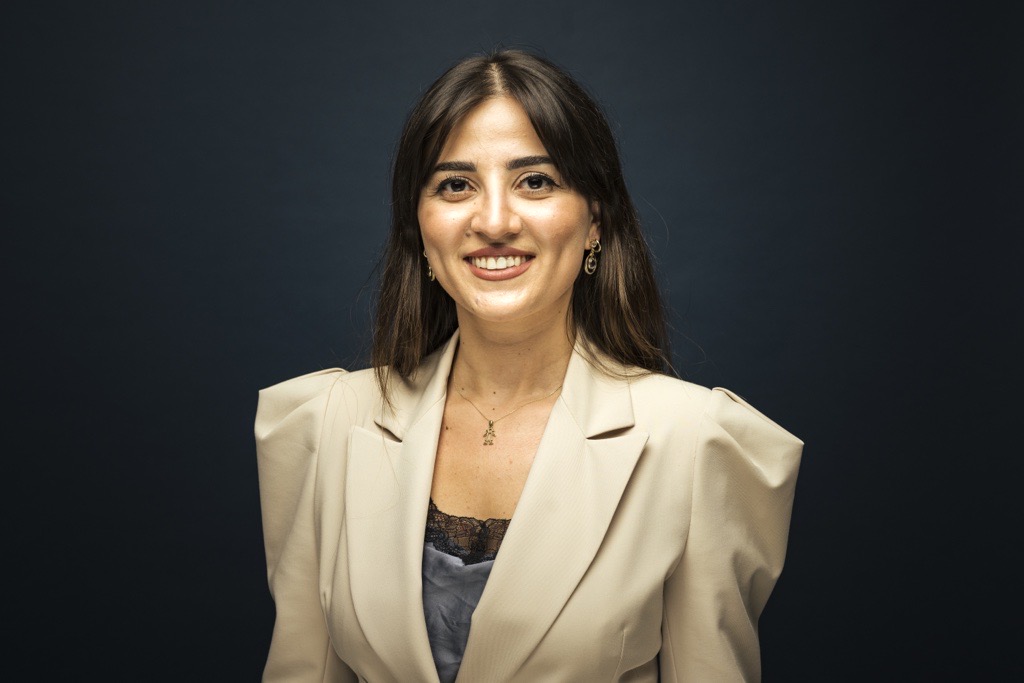 Aydan holds master’s degrees from Baku State University (Azerbaijan) in International Relations, and the University of Bergamo (Italy) in International Security Studies from which she graduated with honours. She also has an MBA degree with distinction from Wittenborg University of Applied Sciences. She has spent almost five years of her career in the major events industry, which helped her develop some transferrable skills, such as communication, stakeholder management, as well as human management skills.

Aydan started her career as an intern at the Ministry of Foreign Affairs in Azerbaijan in the department of UNESCO, where she worked directly in the planning and delivery of the UNESCO conference in Baku in May 2011. She then worked as an event specialist in the Baku Old City Administration (UNESCO World Heritage Site). This role led to the venue management role for the biggest event ever held in Azerbaijan, the 2015 European Games. The Islamic Solidarity Games followed in 2016, where Aydan acted in the role of venue general manager. As a venue manager she had to bring together representatives of many functional areas, from protocol to security to logistics and sport, to make sure they all delivered venue operations as a single team. Through these projects, she was responsible not only for managing venue operations but also up-skilling venue teams and delivering on-boarding, role-specific and other types of trainings and workshops.In addition, Aydan was also the main point of contact assigned by the organising committees in all the communication and collaboration with external stakeholders, delivery partners and incumbent venue operators. In this role, Aydan built successful and trustworthy relations with all parties involved in the delivery of venue operations.

In her most recent role as Operational Readiness Consultant, Aydan was responsible for the planning and delivery of readiness activities, such as train-the-trainer, tabletops and simulations to event organisers, such as the Dubai Expo 2020 and Beijing 2022 Winter Olympics Committee. In January 2021, Aydan joined the Wittenborg team as EU Project Coordinator.

We use cookies on our website to give you the most relevant experience by remembering your preferences and repeat visits. By clicking “Accept All”, you consent to the use of ALL the cookies. However, you may visit "Cookie Settings" to provide a controlled consent.
Cookie SettingsAccept All
Manage consent

This website uses cookies to improve your experience while you navigate through the website. Out of these, the cookies that are categorized as necessary are stored on your browser as they are essential for the working of basic functionalities of the website. We also use third-party cookies that help us analyze and understand how you use this website. These cookies will be stored in your browser only with your consent. You also have the option to opt-out of these cookies. But opting out of some of these cookies may affect your browsing experience.
Necessary Always Enabled
Necessary cookies are absolutely essential for the website to function properly. These cookies ensure basic functionalities and security features of the website, anonymously.
Functional
Functional cookies help to perform certain functionalities like sharing the content of the website on social media platforms, collect feedbacks, and other third-party features.
Performance
Performance cookies are used to understand and analyze the key performance indexes of the website which helps in delivering a better user experience for the visitors.
Analytics
Analytical cookies are used to understand how visitors interact with the website. These cookies help provide information on metrics the number of visitors, bounce rate, traffic source, etc.
Advertisement
Advertisement cookies are used to provide visitors with relevant ads and marketing campaigns. These cookies track visitors across websites and collect information to provide customized ads.
Others
Other uncategorized cookies are those that are being analyzed and have not been classified into a category as yet.
SAVE & ACCEPT